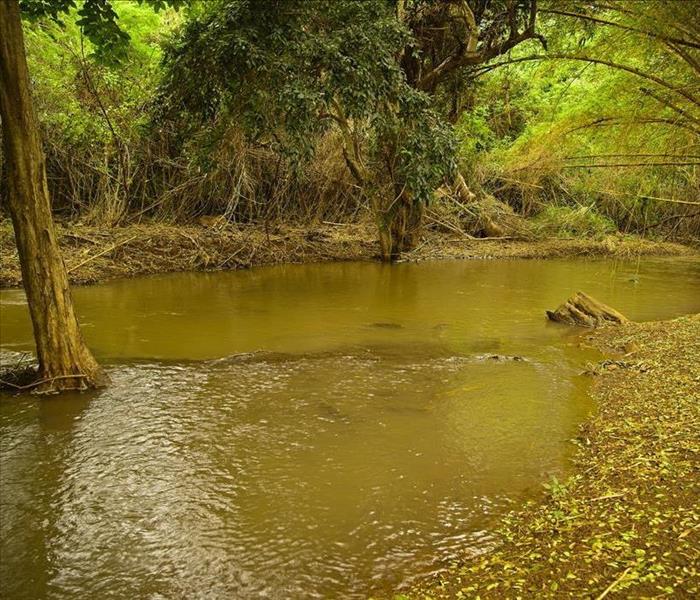 Creeks and other bodies of water can quickly overflow, causing flash flooding to local homes.

Flooding can be a major problem, even here in the Unifour area. If that seems unlikely, recall that both Caldwell & Catawba Counties declared a state of emergencies due to flooding for the past two years. Because these incidents don’t happen very often, we’ve discovered many aren’t aware of how destructive flooding can be, or, in the case of flash flooding, how fast it can occur.

What is a Flash Flood?

While flooding can gradually occur over a long period of rain, it can also happen very quickly. Known as a flash flood, this type of flooding occurs within 6 hours of rainfall, but according to the National Weather Service, it often happens in as quickly as 3 hours. This type of natural disaster can happen anywhere — in a creek, your neighborhood, or even the main roads.

Flash floods are a major problem when it comes to roadways, and they are responsible for many accidents. These waters are unpredictable, which is why it’s strongly recommended that you avoid driving when a flash flood warning is issued. So be sure to adhere to any warnings, and avoid driving at night, when it’s harder to see flooding.

Being Aware of Weather Events

Weather can cause a lot of damage to both you and your property. In fact, during each of the last few flood events, we received more than 300 calls from customers who had damage to their homes. While not all disasters can be avoided, having advance warnings can help you mitigate the effects. That’s why it’s important to regularly keep up with weather news, such as on Ray’s Weather. If you do have a disaster, though, be sure to call our professionally trained team here at SERVPRO of Alexander, Caldwell, Burke and Catawba Counties to make it “Like it never even happened.”